Michael Mann, Oscar-nominated filmmaker and writer-director of Heat and Miami Vice, teams up with Edgar Award-winning author Meg Gardiner to deliver Mann’s first crime novel – an explosive return to the world and characters of his classic film Heat – an all-new story that illuminates what happened before and after the iconic film.Described by Michael Mann as both a prequel and sequel to the renowned, critically acclaimed film of the same name, HEAT 2 covers the formative years of homicide detective Vincent Hanna (Oscar winner Al Pacino) and elite criminals Neil McCauley (Oscar winner Robert De Niro), Chris Shiherlis (Val Kilmer), and Nate (Oscar winner Jon Voight), and features the same extraordinary ambition, scope, rich characterizations, and attention to detail as the epic film.This new story leads up to the events of the film and then moves beyond it, featuring new characters on both sides of the law, new high-line heists, and breathtakingly cinematic action sequences. Ranging from the streets of L.A. to the inner sancta of rival Taiwanese crime syndicates in Paraguay to a massive drug cartel money-laundering operation just over the border in Mexico, HEAT 2 illuminates the dangerous workings of international crime organizations and the agents who pursue them as it provides a full-blooded portrait of the men and women who inhabit both worlds.Operatic in scope, HEAT 2 is engrossing, moving, and tragic – a masterpiece of crime fiction from one of the most innovative and influential filmmakers in American cinema. 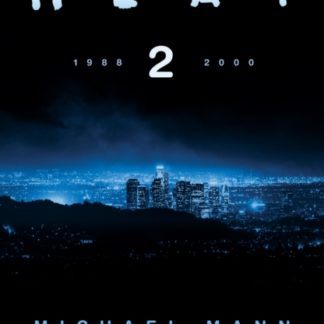